Now that I am caught up with my schoolwork, it is time to get back to updating the blog. For this edition of Afc quickies video edition, I would like to share with you guys a video review about the anime series Tenchi Muyo. This is an excellent video review in which provides an in depth synopsis about the series. Enjoy everyone and I will talk to you guys again soon. Ltrs!!!!!!!!!!!

This video review was created by Youtube user superwheeler87. You can check out more of his videos on his Youtube channel by clicking on the following link.

We Are A Little Bit Behind

I apologize for the lack of updates in the past 48 hours. I have been busy with homework and studying for exams and it is only the fourth week of fall semester. But not to worry though, regular posts will resume tomorrow. Thanks for your patience and I will talk to you guys soon. Ltrs!!!!!!!!

Breaking News In Gaming-Nintendo To Drop Price On Wii Console This Weekend!!!!!!!!!!

Have you been dying to buy a Wii but couldn’t afford one? Well have I got news for you. Nintendo has recently announced that they are going to drop the price of the popular console from $249 to $199 starting this Sunday September 27, 2009. That’s right folks, the Wii will sell for $199 starting this Sunday. So for those of you who have been putting off purchasing a Wii, your wait is now over.

more about “Hulu – The Tonight Show with Conan O’…“, posted with vodpod

A while back we posted a video showing Conan O’brien and his sidekick Andy Richter doing voice over work over at Bang Zoom Entertainment. Well due to popular demand, they decided to do it again. This time around they did voice over work for the anime series Blood: The Last Vampire. And in my honest opinion, this was even funnier than the last time they did. I smell dvd bonus feature!!!!!!!!!!! But anyway enjoy the video and I will talk to you guys again soon. Ltrs. 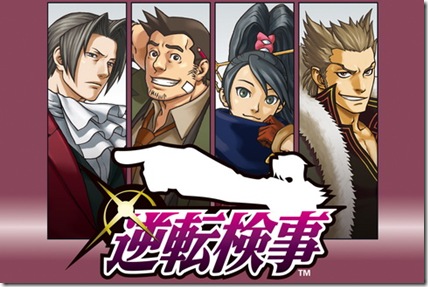 Well I said that I am going to start posting four to five times a week now, so I better start making good on my word. And I think that this story will be perfect to start off the new year at AFC. But getting right down to business.

Capcom creators of the popular Ace Attorney games is going to be releasing a game based off of Phoenix Wright’s rival Miles Edgeworth. The game to be entitled Miles Edgeworth Ace Attorney Investigations is set to be released on February 16,2010. The game is to feature five new cases, new and familiar characters and brand new tools to help aid in your investigations. As always stayed tuned to anime full circle for the latest on this developing story. And until next time remember that their is a ton of great anime and manga out there. All you have to do is find it. Ltrs.

Well it has been a long time coming but we made it. On this very day (September 20,2008), Anime Full Circle went live for the very first time. And now one year, over 4,000 hits and over 90 posts later I am very proud to say happy anniversary to us. So I would like to take this opportunity to reflect back on the hard work of this past year.

When I first started this site back in 2008, I wanted to create a blog that focuses an all things related to anime and everything in between. And I thought to myself that this would not work. But I was wrong, I was surprised at how many people actually enjoyed anime as much as I do. And even though I ran into a few bumps in the road in which I wanted to quit, but I still kept at it and I never let my emotions get in the way in achieving my goals for this site. So most of you are thinking about what is going to happen to the site this coming year. So here are my plans for the coming year.

1) More Posts– When I first started this site, I only had time to do only one to two posts per week. I know that it is not much but from now on I plan to do four to five posts per week. This means that you will be getting more news and information from the anime industry and much more.

2) More Reviews– Over the summer, I have acquired a ton of anime and manga in which I am going to watch and read. So be prepared for more reviews of current series, exclusive first looks at new series and a look at some series that you may have never seen before or may have forgotten about.

3) More Of Your Favorite Segments– And as for your favorites, their is going to be more of what you love. More anime remix, more week in anime, and more of your other favorites which you can only find at Anime Full Circle.

Keep in mind that this is just a sampling of what is going to happen this coming year here at Anime Full Circle. I also have a ton of other great things coming down the pipeline so stay tuned everybody for more updates.

So in closing, I would personally like to thank all you readers, friends and supporters out there for staying with me for the past year. Without you guys, we would not have made it this far!!!!!!!!!!! And remember everyone that their is a ton of great anime and manga out there. All you have to do is find it. Ltrs.

Here is an interesting story for all you Gundam fans out there. A Japanese company known as Bitech Global Japan will be conducting a Gundam model building test in their company’s group interviews next month. Potential candidates must build and also paint the model within a three hour time limit. The specific model that they have to build is “Zaku II” from the series Mobile Suit Gundam.

This I have to say is quite interesting, building a gundam model within three hours is quite a challenge, but for those die hard model builders out there, they can probably do it in about an hour IMO. That’s all for now, but before I wrap up this post I just have a quick announcement I would like to make.

Tomorrow Anime Full Circle will celebrate its one year anniversary, I will be having a special post up on the site tomorrow in which I will reflect back on the first year of this site and what the future holds, I will also have a special message for all you supporters out there, it is a post that you don’t want to miss. So until next time, remember that their is a ton of great anime and manga out there. All you have to do is find it. Ltrs.

Unfortunately their was no good anime news to report. But here is another amv edition of anime remix. For this edition we are going to focus on the anime series Slayers. The song featured in this video is Pat Benetar’s hit single from 1983 “Love Is A Battlefield”. I’m dedicating this video to all of you readers out there who were children of the 80’s. I hope that this amv brings back some great memories for you. Enjoy the video and I will talk to you guys again soon. Ltrs.

Breaking News In Anime-Naruto Shippuden To Air On Disney XD 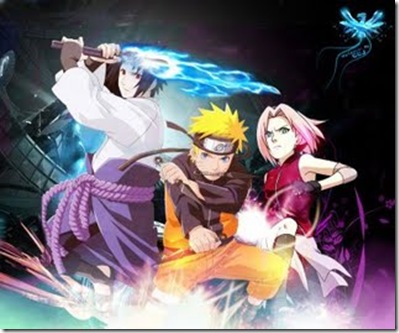 Before I begin this edition of breaking news in anime, I would like to take just a moment to reflect back to the events that happen on this day. As many of you know, today is the eight anniversary of the September 11 terrorist attacks. For many of us, this day was a complete shock. Many of us knew where we were when the news broke out that the world trade center and the pentagon were attacked. We will always remember where we were on that tragic day. So I would like to dedicate this post to the families who were affected and to also the men and women in the armed forces who are currently serving in Iraq and Afghanistan, we thank you for your hard work and we hope that you make it home soon. And for the families of the victims, my thoughts and prayers are with you right now. And may we never forget the significance of this important day in history. Thank you.

Now getting back to business, Viz Media has recently announced that at long last, Naruto Shippuden is coming to the U.S. And for most of you Naruto fans out there, it has been a long time coming. It is slated to premiere next month on Disney Xd, granted I don’t know why Viz decided to not air this on Cartoon Network but as long as this series is coming to the states, most of us will be happy. Viz is currently in discussions with Disney Xd about the broadcast dates for the series, these dates have not yet been finalized. Stay tuned to anime full circle for the latest updates on this developing story and until next time. Remember that their is a ton of great anime and manga out there, all you have to do is find it. Ltrs.

It’s time to play Japan’s favorite game show (Audience Yells Out, “WHEEL OF MISFORTUNE” 83 Wheel of fortune theme plays). Well unfortunately this studio doesn’t have any fabulous prizes or fabulous and exciting merchandise but it does have some really great laughs. This clip is from the Banzai channel on Youtube in which two gentleman play a game of Russian roulette with umbrellas. Five of the umbrellas does not open while the sixth will launch a surprise attack at the unsuspecting victim. Who’s going to get it, just watch and find out. Ltrs.