Breaking News In Anime-Naruto (The Original Series) To Return To Toonami On December 1st!!!!

I hope that you had an awesome Thanksgiving day and that Black Friday didn’t wear you out. But I hope you are sitting down because I got a bit of breaking news that you can call some what of a special early Christmas present for all us good Otaku out there.

It was officially announced that Cartoon Network Toonami Block will be bringing back Naruto (The Original Series) back to the block starting next Saturday December 1st 2012 at 12:30pm Eastern\ 11:30pm Central. This will be replacing Tenchi Muyo GXP which will be moving to 1pm Eastern\ 12pm Central. But this is not the only change that will be made to the schedule in which Tenchi returned a few weeks ago to the block. The following is the new schedule that will start next week (All Times Eastern).

Did I also mention that the episodes will be airing UNCUT!!!! Yes, for the first time in the 4 years since the original series ended back in 2008 (Right around when the original Toonami block ended). So even if it’s your first time watching or if you were a fan from the get go like myself, you will enjoy watching this series the way it was ment to be seen.

But your probably wondering why Naruto Shippuden isn’t airing on Toonami, well that series is still under contract with Disney XD who currently has the broadcast rights to it. Even though they haven’t aired any new episodes in recent years, I don’t see why they can’t give the rights to Cartoon Network. It would be awesome to see them both together and completely uncut. But it pretty much a long shot to see that happen.

But all in all, this is going to be a great time for all anime fans. So until next time, remember that there is a ton of great anime and manga out there. All you have to do is find it. Ltrs.

I just wanted to take a moment to say to all you loyal readers out there to wish you a very Happy Thanksgiving and to present you with some advice.

2) When attempting to catch a turkey from an airplane, don’t be like this lady!!!!

And finally, if you plan to go shopping for Black Friday deals this evening, be carefull. You may just be featured on YouTube.

So until next time, remember that there is a ton of great anime and manga out there. All you have to do is find it. Ltrs. 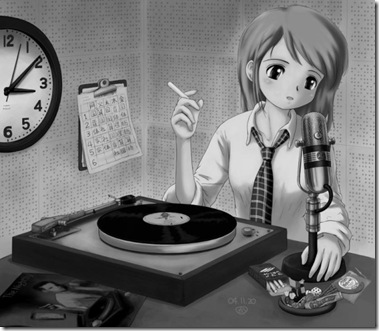 Now I know that in the past I have tried to tie AFC with a companion radio show, but my last two attempts were dismal failures. However since I have more time on my hands since I have found full-time work, I have decided to give AFC Radio another go.

Keep in mind that the show will be covering all the latest news from the world of Japanese animation, manga, video games, comics. The entire span of otaku culture. We will also poke fun at the world of anime with weekly YouTube commentaries as well. All that and much more.

So your probably wondering, when is the show coming back on the air? We’ll we will be returning at the start of the new year on January 4th 2013 at 9:30pm Eastern Time\8:30pm Central (Time and day subject to change).

So make sure to tune into the show, I know you will love it. To listen to past episodes, click on the link below.

And stay tuned to AFC for more details. So until next time, remember that there is a ton of great anime and manga out there. All you have to do is find it. Ltrs.

Here is a special edition of Anime Remix to remind you to watch the premiere of Tenchi Muyo GXP tomorrow night on Toonami on Cartoon Network at 12:30am.

The video sums it all up, so until next time, remember that there is a ton of great anime and manga out there. All you have to do is find it. Ltrs.

Afc Quickies-Tenchi Returns To Toonami Next Saturday Along With Two Other NON-ANIME Related Shows!!!!! 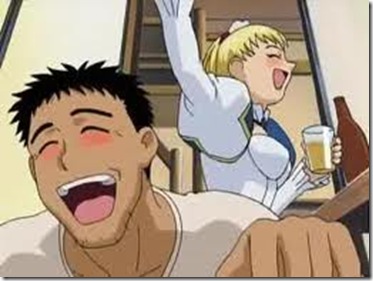 Well I have some exciting new for those of you who are Tenchi fans out there. Starting this Saturday (November 10th, 2012), Tenchi will return to Cartoon Network’s Toonami block for the first time since 2004 (When the original block was airing strictly anime). But your probably wondering which Tenchi series will air, check the schedule below to see what it is!!!! (Schedule changes highlighted below in red)!!!!!

2pm: Sym-Bionic Titan (Replacing the Inuyasha Block which is moving to 5-6am)

4-5am: Cowboy Bebop (Replacing Ghost In The Shell)

Now I know what your thinking, it’s a good line up but WTF are two non anime related shows dong on the freaking schedule (Sym-Bionic Titan and Thundercats) respectively. These are actual cartoons which have no rights airing on a late night anime block anywhere!!!! CN had to shift a few shows around to air a decent program and air two pieces of junk which decent programming was. Thus I have one thing to sum it up in the words of the Late Morton Downey Jr.

“Idiots and dummies, I say hang the creeps by their (Insert explicative here)”!!!!!!!

Sorry, had to edit since we have younger readers here. But if you want to see the actual quote, click below to see it.

And that will wrap up another edition of AFC Quickies, so make sure to vote on Tuesday and make time to watch Tenchi this weekend as well. So until next time, remember that there is a ton of great anime and manga out there. All you have to do is find it. Ltrs.

Well I have some bad news to report for those of you who are fans of the Bakuman anime as I am. It was recently announced that Media Blasters, the current holders of the Bakuman anime series has officially announced that the company has no further plans to release the series on DVD or Blu-Ray disc due to lack-luster sales (The company has had plans to release the next six episodes of the series on DVD and the entire first series on Blu-Ray disc this year).

However, there are plans in the works in which Media Blasters will be transferring the license of the series to Viz Media who currently owns the rights to the manga series in the U.S. and the anime in the UK. Currently there is no word of a finalized deal between the two companies but we will update you on this as soon as word of a deal is reached.

Now like most of you fans out there, I am completely upset with Media Blasters discontinuing this series. Well it was bound to happen since they have at times had to flip flop releases due to delays with disc manufacturing and or they need more time to perfect the disc themselves. And not to mention that Media Blasters had within the last year to layoff some of it’s staff last year. It’s no wonder that the company is on it’s last legs even though it has released some quality series such as Genshiken, Rurouni Kenshin, and Kujibiki Unbalance just to name a few.

Overall, I hope that Media Blasters will give the rights of the anime to Viz since this is a really good series and I hate to see it sit on the shelves to gather dust. And as I mentioned earlier that we will keep you posted as to what will happens with Viz Media and Media Blasters as to the license as soon as it’s available.

So until next time, remember that there is a ton of great anime and manga out there. All you have to do is find it. Ltrs.