Breaking News In Anime-Haruhi Season 2 Pushed Back and R.O.D. (Read Or Die) on Blu-Ray!!!!! 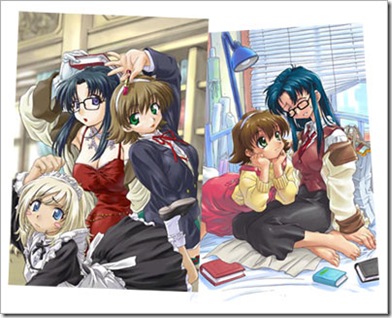 Well I am happy to say that I am just about finished with my writing intensive course YEA!!!!!!! So that means it is time for me to catch up on much needed anime watching and blogging before the fall semester starts. So to kick tings off, here is some breaking news about some upcoming anime releases.

First, Bandai Entertainment has recently announced that they are pushing back the release date of The Melancholy Of Haruhi Suzumiya season 2 to September 14, 2010. Bandai originally planned to release the second installment of the popular series this month (August 16, 2010).

And in other anime related news Aniplex, a popular anime distribution company who brought us such popular series such as Full Metal Alchemist and Full Metal Alchemist:Brotherhood has announced that they will be releasing a R.O.D. (Read Or Die) as a Blu-Ray box set later this year. This collection will feature the original three part OVA along with the twenty-six episode television series. Currently, Aniplex has not set an official release date for the box set. Originally, the OVA and TV series were released by separate studios (Manga Entertainment-OVA and Geneon Entertainment-TV Series).

As always stay with AFC for more information on these developing stories. So until next time, remember that there is a ton of great anime and manga out there. All you have to do is find it. Ltrs.

This entry was posted on Sunday, August 1st, 2010 at 10:42 pm and is filed under Breaking News In Anime. You can follow any responses to this entry through the RSS 2.0 feed. You can leave a response, or trackback from your own site.

6 Responses to Breaking News In Anime-Haruhi Season 2 Pushed Back and R.O.D. (Read Or Die) on Blu-Ray!!!!!