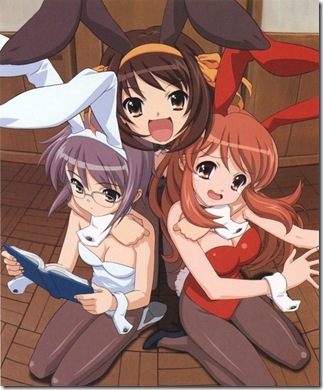 Now a while back I mentioned that Bandai Entertainment was going to re-release The Melancholy of Haruhi Suzumiya in a complete collection box set which includes both season one and season two episodes. Well Bandai announced about two months ago that the new box set is set to be released on July 6,2010. Now guys, I would like to apologize for not telling you guys about this a few weeks ago but this was around the time that I was getting ready for final exams. Hopefully, I will try not to forget to tell you guys about these important release dates again. 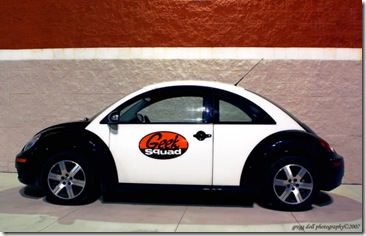 And on an un-related note, about a few days ago a guy was pulled over by a policeman for video taping a Geek Squad van in which he planed to make a parody video of him acting like one of the reps responding to a call. Originally the Geek Squad employee who was being secretly video taped was planning to press charges against the guy taping the van, but the officer let him go with a charge of reckless driving in which he was given a ticket.

Now I don’t know how you guys feel about this, but I personally feel that this guy got what he deserved. Thankfully he avoided getting sued, but in all honesty he shouldn’t have been taping while behind a wheel. One it is dangerous to do so and two, he could have gotten killed for doing this. But anyway, check out the original video and the follow-up and form your own judgments. And until next time, remember that there is a ton of great anime and manga out there. All you have to do is find it. Ltrs.

This entry was posted on Sunday, June 13th, 2010 at 6:58 pm and is filed under Afc News Update. You can follow any responses to this entry through the RSS 2.0 feed. You can leave a response, or trackback from your own site.